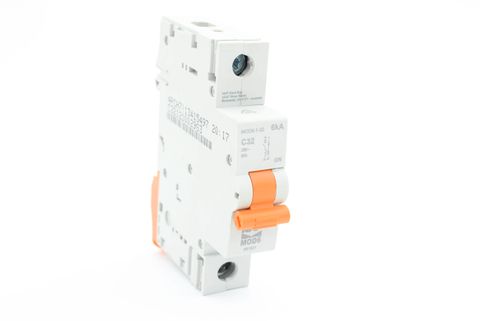 A NHP miniature circuit breaker used instead of a fuse because they automatically switch off the electrical circuit when there is overload or fault in the current.
MCB are used to ensure the safety and efficiency of the provided energy and are easily operated.
Also , MCB are electrically safer than a fuse because they are low voltage and comply with AS/NZS standard.
This ' C-curve' type of MCB is suitable for domestic, commercial and industrial use where there might be higher current.